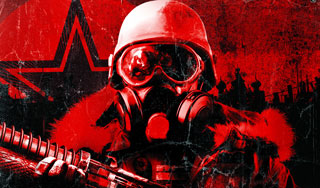 Great news - there's a new Metro title in the works at 4A Games.

If you're a fan of post-apocalyptic games, then you're in for some good news this morning. 4A Games is apparently working on a new game in the Metro series, and it's scheduled to release next year.

The news comes by way of the official site of the books the games are based on. It's currently promoting the upcoming launch of the newest book in the series, titled Metro 2035. At the bottom of the site's main page, you can see a timeline that includes a final listing for 2017 that reads "The next Metro video game." It also says "It all adds up to something. Where the books end their story, the game will pick it up. An era of great discoveries lies ahead..."

4A Games has been working on Arkita.1, a post-apocalyptic shooter for the Oculus Rift that was announced last month. At the same time, Andriy Prokhorov, Creative Director at 4A Games, announced in a statement that Arkita.1 was "the first of two major projects in development at 4A Games." Obviously, it appears the new Metro game is that second title.

The teaser for the newest book may offer a glimpse as to what we can expect to see in the new game. It reads, "The final part of the trilogy takes us back to Artyom and his struggle to get the people back to the above world they once ruled. This is a standalone story that can be read independently from the previous books and games - yet for those who have been following Artyom from the very beginning, Metro 2035 crowns the saga in its own way. Characters of all the books and games meet here, their destinies intertwine, and everything you knew about the world of Metro is turned upside down..."

It's worth pointing out that the timeline for the newest book lists it as coming in 2015, when it's actually releasing next month. Whether that means the game will come in a year behind its listed time as well is anyone's guess. Still, it's great to see that we could get another game in the Metro series in the not-too-distant future. If the previous games are any measure, it could be very much worth the wait.