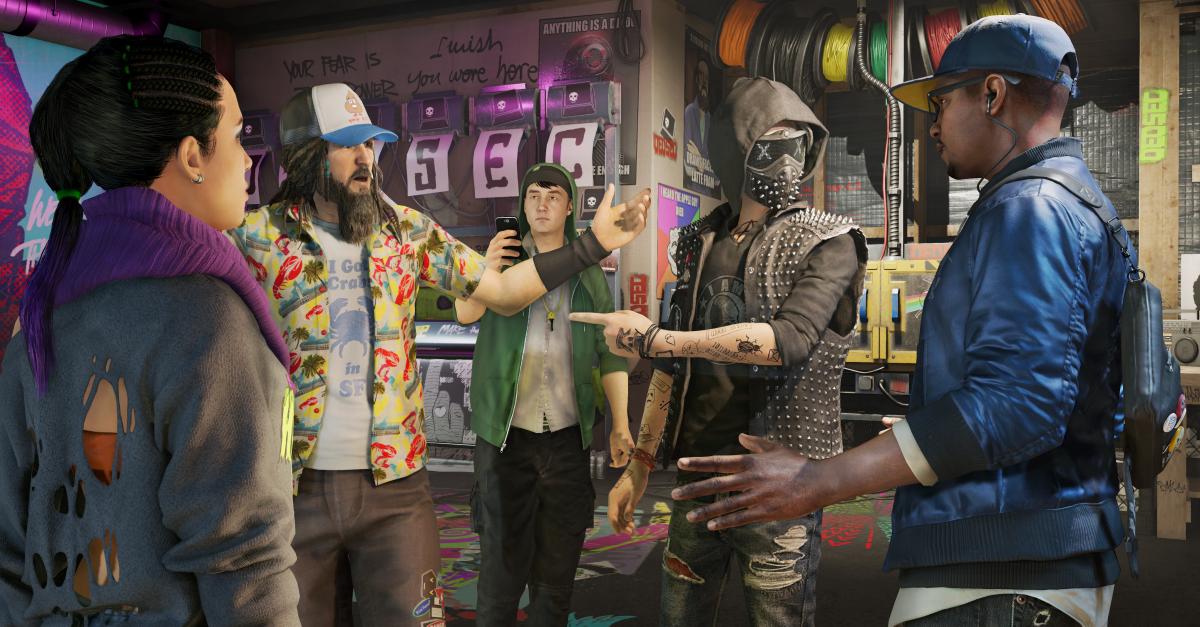 Sharing an in-game screenshot could result in your PSN account being suspended, if that screenshot includes a vagina.

Update: The user in question has posted an update to his Twitter account, stating that Sony has lifted his suspension. There is still no clarity on how Sony's Code of Conduct applies to the sharing of in-game screenshots to social media, or how the user was able to engage in questionable activity while his account was already suspended. Should we learn any more, we will update you here.

Sony have undone the suspension. We won! I think? They never admitted fault of course. I want to thank everyone for their support today.— Swizzasaur (@Swizzasaur) November 16, 2016

Original Story: One Watch Dogs 2 player says his Sony Entertainment Network account was suspended after he discovered a fully rendered vagina in the game and shared a screenshot of his discovery on Twitter.

Adam was able to get the game on Saturday from Amazon, and began playing Sunday afternoon.

"I was having a really great time messing with the selfie camera in the game because Ubisoft did a fantastic job of framing Marcus realistically and all the npcs have so many great reactions. It's really incredible," he said. At one point during his playthrough, Adam "accidentally let off a gas pipe," and killed several prostitute characters.

"So I continue doing my selfie thing making Marcus react to the carnage around him," he says. "While doing this I noticed that one of the prostitutes had a fully modelled vagina."

Adam says that he assumed it was "an artist being sneaky," and thought it was something that was missed in QA. He used the share feature to upload the screenshot of the in-game vagina to his personal Twitter account(NSFW). The following day, he realized he was unable to sign into PlayStation Network, receiving a notification that his account had been suspended.

"I checked my emails to see if I had received any information as to why and I found the email telling me of my suspension."

In the email, Adam was informed that his account had been suspended due to "activity in Live from PlayStation" on November 14. The email specifically stated that "content of an adult or sexual nature is against our Code of Conduct."

The posting of "sexually offensive" content is outlined in the Code of Conduct, which states "Make sure your Online ID, messages, forum posts, user generated content or any other form of communication are not offensive to others: do not post anything that is defamatory (making an untrue statement that may be damaging to the person concerned) or racially, ethnically, religiously or sexually offensive."

Adam says that, when he thought the suspension was for a single week, he "was irritated and thought it would make for a good fun thread on NeoGAF. "I just wanted to vent and have a discussion with my favourite forum. I honestly never expected anything like the response I got."

After creating a thread on the popular forum, several different publications covered the story. After that, Adam received a second email. There was no mention of a Code of Content breach in this one. Instead, the email states: "We've made this decision based on your online activity in Live from PlayStation on 15-11-2016." However, Adam was already suspended from the prior day, so it's not immediately clear how he could have engaged in questionable online activity in Live from PlayStation when he was unable to access any network features.

"I was already suspended at this point and not able to post anything that would warrant a further ban," Adam says. "According to Sony the offense was committed today which is impossible"

Ubisoft has issued a statement on the matter, saying:

"We're aware that one of the NPC models in Watch Dogs 2 is rendered in a way that is particularly explicit," Ubisoft said in the statement. "While Watch Dogs 2 is a mature-rated game, we apologize and will update this NPC model to make it more consistent with other NPC models in the game in a patch to be released this week. We also are working with our first-party partners to ensure that players can continue to play and share all content from the game within the bounds of the first parties' respective codes of conduct."

We have reached out to Sony for clarity on how it's Code of Conduct handles the sharing of in-game screenshots to social media, as well as how the player in question was able to engage in questionable activity when his account was already suspended, and will update this post when more information is available.