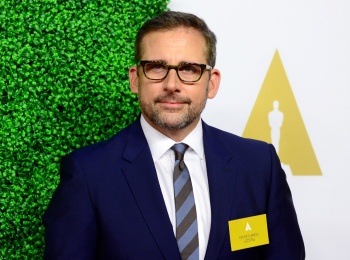 Steve Carell is in talks to star in the Minecraft movie.

Because Hollywood still wants to try to make a good movie based on a video game - fingers crossed for December's Assassin's Creed - a whole host of properties are currently in development. One of those is a movie based on Minecraft, the video game equivalent of playing with LEGO bricks.

That might not sound like it lends itself well to a film, but it does allow the filmmakers to get creative with the story and essentially use the Minecraft world and idea and create a feature film around that. After all, when LEGO did that, it turned out really well. Reportedly, the first version of the script was Goonies-like, but Minecraft developer Mojang nixed that idea.

At present, It's Always Sunny in Philadelphia creator Rob McElhenney is set to direct the movie, which will be based on a script written by him and Jason Fuchs. We have also learned that Steve Carell is in talks to play the lead - although he is not yet confirmed to do so. Minecraft: The Movie is scheduled to be released on May 24, 2019, and will be shown in both 3D and IMAX, because gimmicks are cool.