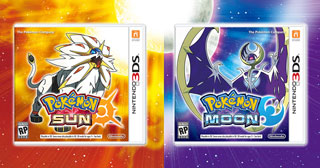 Nintendo is dropping the banhammer on any 3DS that played the pirated Pokemon Sun & Moon online.

If you're a Pokemon fan, you've probably spent the last few weeks hiding out from spoilers online. Pirated copies of the upcoming Sun and Moon games have been floating around the internet for a few weeks now. Nintendo hadn't taken any action, despite the large amounts of information that's popped up online from those copies; that is, until today.

Nintendo has begun banning the 3DS units that have gone online with the pirated games. The units aren't just getting banned from Pokemon, either. Instead, Nintendo is banning them from all online services, including the eShop. That means that any games that those players have bought on the eShop that aren't already on the device are now inaccessible.

Those affected by this are trying to find workarounds to regain online access, but for now it looks like their only recourse will be to purchase a new 3DS. You can see some of the reports over at GBA Temp and 4chan.

Nintendo has issued a statement on the bans, telling Kotaku,

"As a result of a number of Nintendo 3DS users using unauthorized versions of several games, and connecting to the official game servers in violation of our terms of service, these users' Nintendo 3DS systems that stored the unauthorized game code have been banned from Nintendo's online network effective immediately."

Sounds like playing that pirated game online might not have been the best idea after all. Who knew?