Last year, Hideo Kojima was banned from receiving an award for Metal Gear Solid V by his employer Konami. This year, he will finally get it.

At the 2015 Game Awards, Konami blocked legendary developer Hideo Kojima from receiving an award for Metal Gear Solid V. As Kojima left Konami months later, we can only assume that his being blocked was one final, desperate, "fuck you" from the publisher that everyone loves to hate. This year, free from Konami, Kojima will finally receive the reward he rightly deserves. 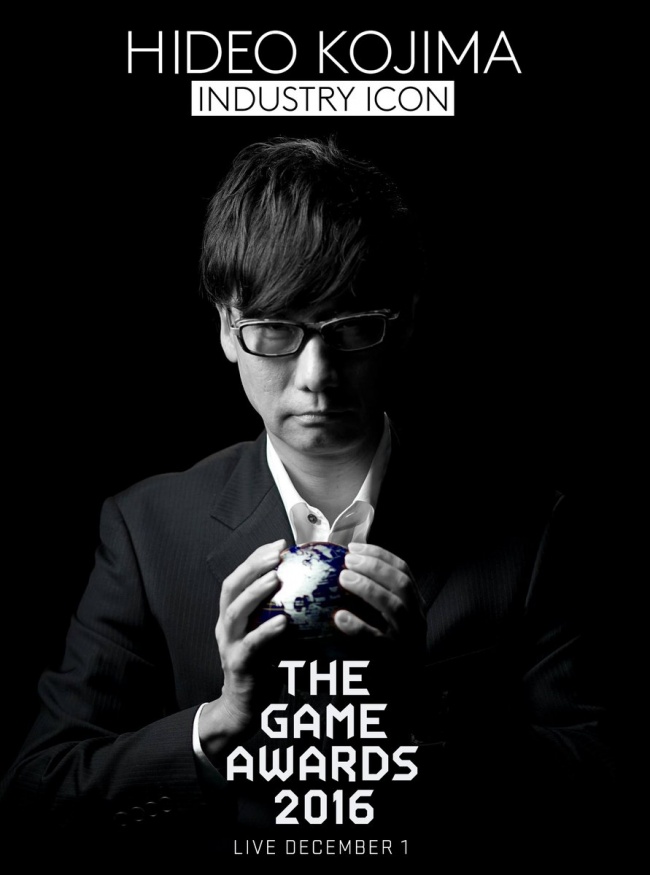 As well as the Metal Gear Solid series, Kojima worked on titles such as Snatcher, Zone of the Enders, and Boktai during his stint at Konami. Since starting up his own independent studio, Kojima Productions, he has been hard at work on the enigmatic Death Stranding.

You can tune in to The Game Awards here from December 1.