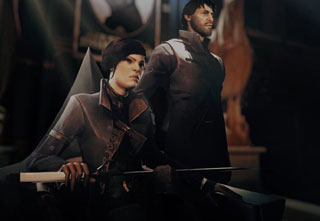 The first update for the PC version of Dishonored 2 is now available in beta form, but you have to opt in to get it.

If you've been playing Dishonored 2 on PC, you've probably noticed a few performance issues. Bethesda had already offered some suggestions to mitigate the issue, and promised a patch soon.

That patch is now available on Steam, albeit in a beta form. Bethesda recommends installing the newest Nvidia drivers (the newly released 375.95, found here). AMD users should continue using the 16.10.2 drivers, and Bethesda says that there will be information on CrossFire support coming from AMD "in the near future."

The update contains only three fixes, each of them relating to game performance.

Since it's beta, you'll have to opt-in to receive it. All you need to do is this:

Once that's done, your game should update with the new patch automatically.

In the post announcing this patch, Bethesda says that it is not done working on Dishonored 2's performance. "Our work on Dishonored 2 continues. Update 1.2 development is underway and will address a broader range of issues including performance and is estimated to be available in the next week."

If you've installed the new patch, head over to the forums and let us know how it is affecting your performance.