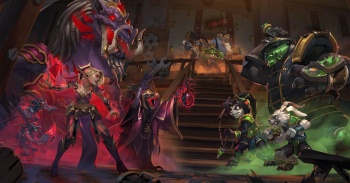 Just like Whispers of the Old Gods, you can get some free Mean Streets of Gadgetzan cards just by playing.

Hearthstone's latest expansion pack: Mean Streets of Gadgetzan launched today. But what if you don't have any gold or money to buy card packs? Fret not, as just like with Whispers of The Old Gods Blizzard is giving out a few packs for free. The first hit is always free!

So all up, you can get six free packs. It's not a lot but hey it's something!