The vanilla WoW servers originally run by the Nostalrius team will be returning on December 17.

If you were a fan of the Nostalrius vanilla World of Warcraft, you're going to be very happy in a couple of weeks. The popular server had around 800,000 registered users back in April when it was shut down after a legal threat from Blizzard. Since then, a lot has happened around the server and its community. After a number of complaints, Blizzard met with the Nostralius team. 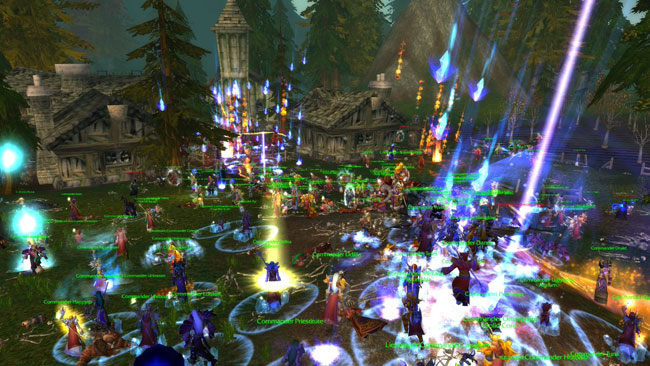 Check out this Tarren Mill battle from the recent stress test

After Blizzard failed to discuss anything about legacy servers at Blizzcon, the Nostalrius team said that it was going to release its server source code to the folks at the Elysium private server, and then to the public. Apparently, Elysium has the code, and they're bringing the Nostalrius server back on December 17.

There was a stress test last weekend that had more than 10,000 concurrent people participate. Now that that's behind them, the Elysium team plans to bring both the PvE and PvP Nostalrius servers back next Saturday, December 17. This will include the player database, so if you had a character on the servers before, your character should be sitting there waiting on you. Once those servers are up, they plan to launch a fresh-start server for those who want to begin all over again.

Of course, all of this could be short-lived, as Blizzard isn't likely to look kindly on the return of a server that it already took down through legal means. I expect that we'll see the Elysium team staring down the barrel of some sort of action from Blizzard fairly soon.