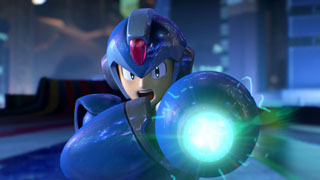 If you're a Capcom fan, the company has some news that might get your attention.

Marvel vs. Capcom Infinite has been announced, but Capcom isn't done yet. In the press release announcing the late 2017 launch of the newest MvC, the company mentions that it's been five years since that series had a new game. It goes on to announce that this is just the beginning for Capcom IPs that have laid dormant for a while.

Apparently, Capcom plans to add to their normal release schedule of what they call "major title." According to the press release, "Capcom is currently focused on reviving series that have not had new entries recently, or otherwise dormant IP."

Obviously, there are plenty of games in Capcom's back catalog that gamers would love to see make a comeback. Just off the top of my head, I could think of Dino Crisis, Onimusha, Ghosts and Goblins, and Viewtiful Joe, just to name a few. Most notably, I'd like to see a completely new from the ground up version of Mega Man. Let's make it happen, Capcom.

If there's a Capcom game that you'd like to see make a comeback, let us know what it is in the forums!