Leaked images point to a Niantic-Starbucks event, which is said to be starting this week.

According to leaked images, Pokemon Go will be receiving an update on December 8, launching alongside a partnership with Starbucks. 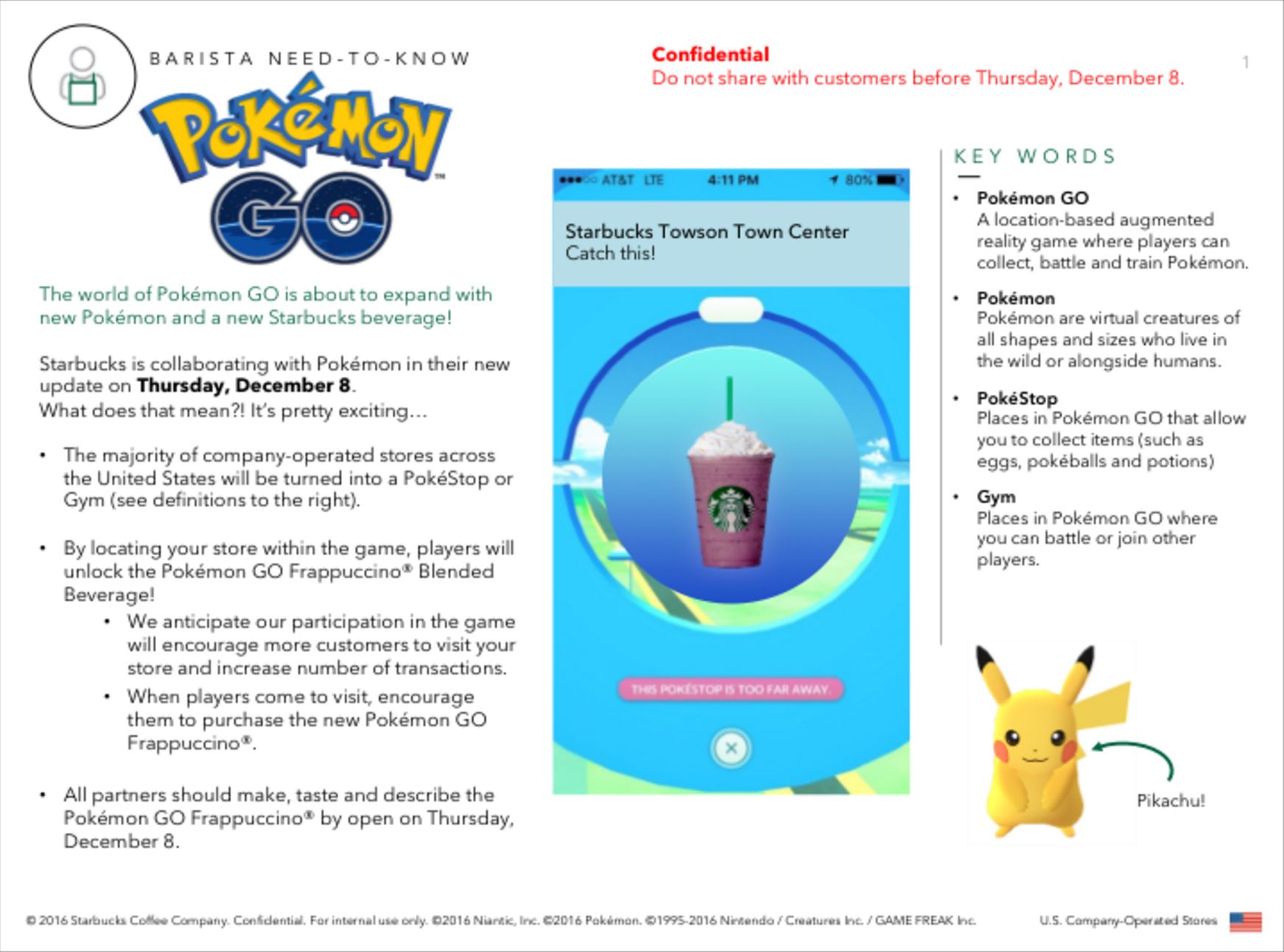 The image is reportedly from a Starbucks employee webpage, and states that many Starbucks stores will become either PokeStops or Gyms. As part of the event, it appears Starbucks will also be serving a new beverage - the Pokemon Go Frappuccino. According to the page, the drink will be Starbucks' Vanilla Bean Frappuccino with raspberry syrup and blackberries.

Several images were shared of the website itself - here, here, and here, with a printed version here. A Q&A section states that not all stores will be a PokeStop or Gym, as several could not be activated due to Niantic's requirements. It also states that employees are not to create their own signage - rather, players will "see the Pokemon Go Frappuccino within the game."

The event has yet to be confirmed by Niantic, although we expect something official soon, if it's actually happening.