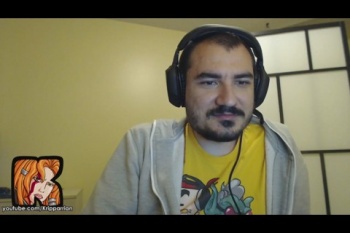 Hearthstone streamer Kripparrian has amassed so many duplicate cards that Blizzard thinks he could have brought the entire game down by disenchanting them.

Kripparrian is one of the most popular Hearthstone streamers out there, and according to Blizzard, he actually had the power to bring the entire game to its knees at one point.

Kripp, unlike many other streamers and players, doesn't disenchant his duplicate cards using the in-game "disenchant all" feature. This means that he has amassed an ungodly amount of duplicate cards over the years, and Hearthstone game designer Ben Brode theorized that before the team upgraded its servers, Kripp could have brought the whole game down by pushing his "disenchant all" button.

"There was a point in time (pre-TGT?) when, if he had hit the button, he would have brought down Hearthstone. Thanks to the hard work of our engineers, we are probably ok now. Fingers crossed..." Brode said in a reddit post.

So why doesn't Kripp DE his dupes? He has stated that he will only disenchant them when it will net him enough dust to craft every single golden card. Some redditors have crunched the numbers and discovered that he needs a total of 141k dust for this feat.

He's only about 700 packs away from his goal at this point, so maybe one day soon he will finally push the button, and (hopefully) not bring down the entire game...