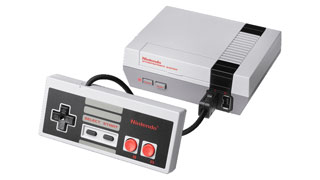 Just in time for Christmas, Best Buy will be restocking the NES Classic, but only in retail stores.

If you've been trying to pick up the NES Classic, you know that it's been facing some supply issues. Yesterday, Best Buy sent out a promotional email announcing that it would be restocking the much-sought-after console in its stores "tomorrow."

Don't go rushing off to your local Best Buy just yet, though. It turns out that the email was actually sent prematurely. The company has since sent out a clarification (you can see this below, via Nintendo Everything), confirming that the devices will be available on December 20.

Of course, quantities will be limited. Furthermore, the units will not be available online - you'll have to hit a retail store if you want one. Finally, they're going to be sold on a first-come, first-served basis, so I'd recommend getting there early.

If you're hoping to grab the NES Classic for Christmas, this might be your last chance to get one without paying an exorbitant amount for it. 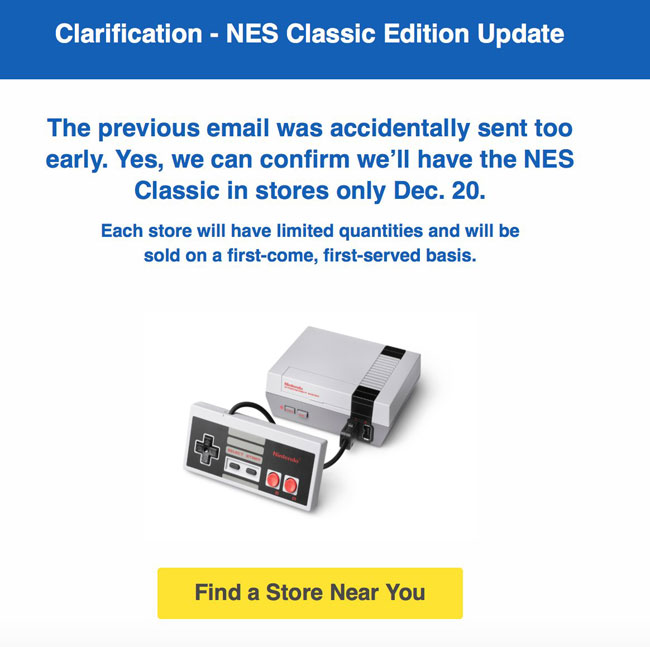