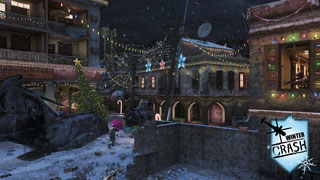 New multiplayer maps and modes are headed to Call of Duty: Modern Warfare Remastered next week.

If you picked up the Legacy, Legacy Pro, or Digital Deluxe Editions of Call of Duty: Infinite Warfare, you've probably spent some time playing Modern Warfare Remastered. If you're looking for an excuse to dive back into the game, Infinity Ward has you covered.

Next week, on Tuesday, December 13, the developer will roll out six new multiplayer maps and two additional game mods for free. This update will bring the total number of maps in the remaster to 16, and will include these six maps:

You can find more information on Winter Crash, and learn more about the "12 Days of Winter" celebration, in this official blog post.