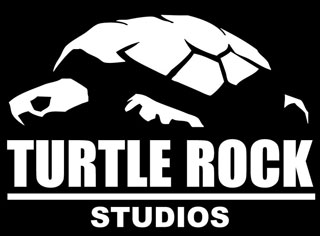 The developer of Left 4 Dead and Evolve is working on another co-op shooter - this one with a dark fantasy setting.

Turtle Rock Studios is best known for developing Left 4 Dead, and for the 4v1 co-op shooter, Evolve, which went free-to-play earlier this year. In late October, Turtle Rock announced that all development on Evolve had ceased, and in early November, it released an unfinished but playable campaign for L4D. But despite that, there was still uncertainty as to what the studio's next project might be. This morning, we got an idea what's next for Turtle Rock.

Unsurprisingly, the developer is working on a co-op shooter. However, instead of zombies, this game will feature what Turtle Rock general manager and president Steve Goldstein calls "a strong dark fantasy element." The new title will be published by Perfect World, the company that publishes Neverwinter and Star Trek Online.

Given Perfect World's track record with free-to-play games and Turtle Rock's experience with the payment model in Evolve it wouldn't be surprising if the new game uses that model as well. Goldstein seemed to affirm the developer's affinity for the model, saying, "To us, boxed product is like a speech, a developer is telling something to its audience and they have to listen. With free-to-play, it's a conversation and we love that dialog with our players.

The new game will will feature a brand new IP, and is being built on Unreal Engine 4. It's still a ways out, as it's not expected until at least 2018. Meanwhile, the studio is working on two VR titles with Oculus for Gear VR: Other Worlds and Face Your Fears.

It remains to be seen if Turtle Rock can recapture the magic that made Left 4 Dead a smash hit, but it is nice to see that studio isn't going away.