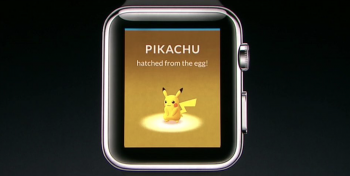 Niantic has refuted reports that the Apple Watch version of the game has been cancelled.

For those of you with Apple Watches, eager for Niantic's promised launch of Pokemon Go, I've got some good news. A report from 9to5mac suggested that the version has been shelved, but Niantic has just come out and confirmed that it is indeed still in development and is coming "soon." Initially, the version was due out by the end of 2016, which while highly unlikely, is still possible.

The Apple Watch version of the game, announced back in September, actually functions a lot more like the Pokemon Go Plus perhiphreal rather than the full version. Players will be able to hatch eggs and visit Pokestops, but they will not be able to capture new Pokemon.

Hopefully, versions of the game for other smartwatches will follow in the near future!