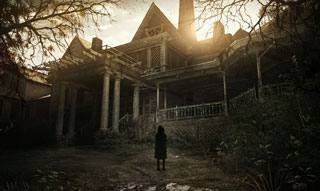 With just over a month to go until launch, you can finally try out Resident Evil 7 on your PC.

For the last six months, you could download and play the Resident Evil 7 demo, titled The Beginning Hour, on PS4 and Xbox One. Over that time, Capcom has patched the demo multiple times, adding new areas, changing up existing areas, and even adding a new end card. All of these changes must have gotten the demo to where Capcom wanted it, because it's now been made available on PC.

Over on NeoGAF, Capcom's senior director of digital platforms, William Bacon, has revealed the full list of graphics options that PC players will have access to. You can see a screenshot of the options menu at the front of the gallery below. Here's the list of options included:

You can head over to Steam and download the 3.2 GB demo now. If you want to be sure your PC is up to the task, you can find the system requirements right here. Resident Evil 7 is set to release on PC, PS4, and Xbox One on January 24, 2017.