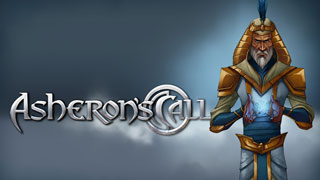 The long-running Asheron's Call MMOs are finally coming to an end next month.

Released in 1999, Asheron's Call is one of the longest-running MMOs still in existence today. It was the third major MMO to hit the market (after Ultima Online and Everquest), and was originally published by Microsoft. That's all about to come to an end, as Turbine announced yesterday that it will shut down both Asheron's Call and Asheron's Call 2 on January 31, 2017.

This news comes in the wake of Turbine's announcement that Lord of the Rings Online and Dungeons and Dragons Online will go forward under the auspices of a new independent developer, Standing Stone Games. When the Asheron's Call games weren't mentioned in that announcement, players feared the worst, and it has come to pass.

This news isn't terribly surprising, though. Turbine ceased all development for Asheron's Call over two years ago, and it's unlikely anyone showed much interest in starting it up again. There was some talk around the end of development about releasing the tools needed for players to run their own servers, but nothing ever came of it.

The official announcement can be found on the Asheron's Call Facebook page. It says that while new account creation will be disabled, any player that already has an account can play completely free between now and the shutdown on January 31, 2017.

Questions about the shutdown can be submitted at the Warner Bros. Support site.