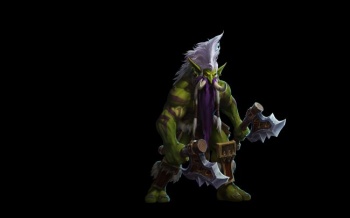 Zul'jin will be the newest assassin hero to join Heroes of The Storm's nexus.

While Ragnaros and Varian have just been added to Heroes of The Storm, Blizzard is already hard at work finishing up its next hero: Zul'jin, from the Warcraft universe. Zul'jin will be an assassin type hero and will see release some time in January. Here's a quick preview of his abilities: