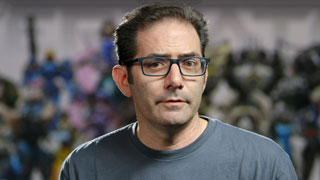 Blizzard is bringing a server browser, a new map, and maybe even a new hero to Overwatch in 2017.

Blizzard has some big plans for Overwatch in 2017. Game director Jeff Kaplan took to YouTube in the game's latest developer update to give players a little info on what's ahead in the new year.

The first thing that caught my attention was Blizzzard's plan to add a server browser to the game. Of course, there's a caveat - it will only be for custom games. Basically, you'll have the option to make your custom game public. If you do, it will appear in the browser for other players to join. Kaplan said that, "We think we'll have a very solid version 1.0 up and running early in 2017, and we plan to expand on it later in the year."

Also in the works are new maps. Most everyone knows about Oasis, as that map has been on the PTR since November. Kaplan said that the team is planning a "very early 2017 release for Oasis." He also said that there are a number of other maps being worked on that are in various stages of production.

Kaplan also talked a little bit about new heroes. The most recent addition was Sombra, who released in early November. While he didn't give any specifics, Kaplan did say that the team was working on "multiple new heroes," and that one hero was looking "very promising."

You can watch the entire video below, but the short version is that there is still plenty of new content for Overwatch in the works at Blizzard.