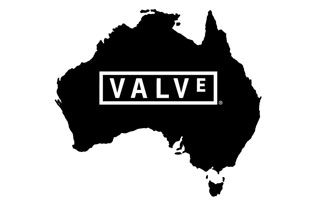 Australia's Federal Court has ordered the US-based video games giant to pay a $3 million fine for lack of a proper refund policy.

Last month we reported that the Australian Competition and Consumer Commission had taken Valve to court over its shoddy refund policy. If you're scratching your head thinking "but Valve's refund policy is pretty great!" the lawsuit referred to Valve prior refund policy, or rather, lack thereof. Now, a Federal Court has ruled in favor of the ACCC, forcing Valve to pay a rather hefty fine of $3 Million to the Australian Government.

Valve had previously requested the fine be lowered to a mere $250,000, but Justice James Edelman decided to impose the maximum fine on the software giant due to its complete lack of interest in Australian laws and lack of cooperation with the Australian Government.

"Valve is a United States company with 2.2 million Australian accounts which received 21,124 tickets in the relevant period containing the word "refund" from consumers with Australian IP addresses," Justice Edelman wrote in his judgement.

"Yet it had a culture by which it formed a view without Australian legal advice that it was not subject to Australian law, and it was content to proceed to trade with Australian consumers without that advice and with the view that even if advice had been obtained that Valve was required to comply with Australian law the advice might have been ignored."

Edelman noted the $250,000 proposed by Valve was "not even a real cost of doing business. It would barely be noticed".

Under the Australian Consumer Law, all consumer goods or services come with automatic consumer guarantees that they are of acceptable quality and fit for the purpose for which they were sold. If they are not, consumers have a right to a remedy, which may include refund, repair or replacement in certain circumstances. These consumer rights cannot be excluded, restricted or modified.

So there you go. Valve may think it's above the law in a lot of other countries but here in Australia we don't stand for that.