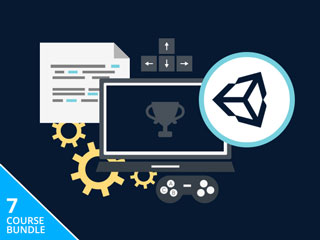 So you have a great idea for a game - what's next? This course bundle: the Intro to Unity 3D Game Development course bundle will take you from idea to design to finished game in 21.5 hours of training. Get it for $19.99, a savings of 92%, at Escapist Deals.

Build, Program and Publish a 3D Shooter Game: Everything you need to create a 3D shooter game...without learning how to code. You'll use free tools to create your game, utilize 3D Pixel Art, and even learn how to publish apps and games to the App Store and Google Play.

Unity 2016 - Character Gear and Weapon Use: Design cool characters, engaging levels, and awesome weapons and items to create a one-of-a-kind gaming experience. You'll even get 50 life-like animations and code for two characters.

Fundamentals of Programming: Learn the fundamentals of programming that you can later apply to learning any language. In this course, you'll master the basics of C# and Swift, understand the debugging process, and work on exercises that give you real, hands-on practice coding games and apps.