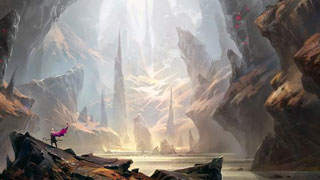 Crytek Sofia may have closed down, but much of the team there is already back in action under a new banner.

Crytek closed down five studios last week, including one in Sofia, Bulgaria. Before being acquired by Crytek in 2008, it was known as Black Sea Studios, and was responsible for games like Knights of Honor and Worldshift. With Crytek Black Sea closed, some of the devs there have reformed into Black Sea Games.

Although the official announcement came on December 23, the new developer was actually formed back in early November (as you can see on its Twitter account. The account's second tweet says that the new developer "will need an army quite soon!"

The new studio will be headed by former Crytek Black Sea game director Vesselin Handjiev, who also founded the original Black Sea Studios. The indie studio is already working on a project, although what that project is remains a mystery.