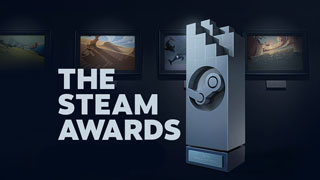 Only two of the winners released in 2016.

During the Autumn Sale, Valve added the ability for users to nominate games for a series of awards - and that ability extended to every game in Valve's catalog - for its inaugural Steam Awards. These aren't typical end of year awards, and not just because the choices weren't limited to 2016 releases. Instead of "Game of the Year" and "Best RPG," the Steam Awards use categories like "Villain in Most Need of a Hug" and "Best Use of a Farm Animal."

Between December 22 and December 29, a single category opened up for voting, with each only accepting votes for 24 hours. You may notice that there is no "Game in Most Need of a Sequel" category. Cough. Moving on...

The winners have been announced, and here they are:

"Villain Most In Need Of A Hug" Award:
Portal 2

The "I Thought This Game Was Cool Before It Won An Award" Award:
Euro Truck Simulator 2

The "Test of Time" Award:
The Elder Scrolls V: Skyrim

The "Game Within A Game" Award:
Grand Theft Auto V

The "I'm Not Crying, There's Something In My Eye" Award:
The Walking Dead

The "Best Use Of A Farm Animal" Award:
Goat Simulator

The "Sit Back and Relax" Award:
Euro Truck Simulator 2

For more awards, you can check out The Escapist Awards 2016 and our Game of the Year, or you can see which games our editors each loved, check out our Five Favorites from last week for Josh, Ron, Liz, and Steven.