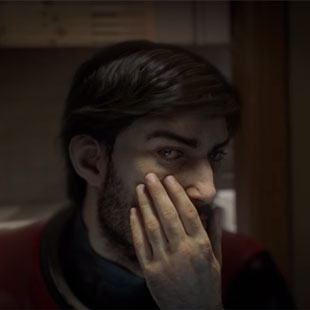 Something that has always been a bit of a problem, but has made much worse in recent years with high-profile releases like Batman: Arkham Aslyum and Mafia 3 is shoddy PC ports. PC gamers are sick of being treated as "second class citizens," with ports being fundamentally broken on release. For what it's worth, developer Arkane studios claims that its upcoming Prey will have no PC issues at launch.

This is somewhat significant because Arkane were also behind Dishonored 2, which, while being a pretty great game, suffered from some major optimization issues with its PC port.

Prey's creative director Raphael Colantonio assures players that PC optimization is not a cause for concern this time around because Arkane is "paying double attention" to it.

"We've had a rough launch on the PC with Dishonored 2. In development, you never exactly know what you're going to see, especially on the PC with so many configurations and stuff. Unfortunately it is what it is -- it shipped, then it got patched and now it runs really well. Of course, we are paying double attention to make sure that this time the PC version is really flawless when we ship."

Colantonio stresses that Prey's PC port will have more QA time, and as the game is based on the CryEngine, rather than Dishonored 2's brand new engine, it shouldn't be as big of an issue.

It's a very bold statement to make. We'll have to see if it holds any water when Prey releases this year.

Source: Dark Side of Gaming