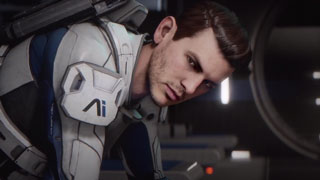 While EA doesn't completely rule out a Switch port of Mass Effect: Andromeda, there are no current plans.

Mass Effect: Andromeda, the latest Mass Effect title from EA Games and Bioware, is due out on PC, Xbox One and PS4 in 2017. You'll notice there's no Switch release date in there. When the Switch was revealed it seemed to be running Skyrim: Remastered, and reports are putting its computing power around the level of a PS4, but don't hold your breath for Andromeda on Switch, as EA has stated it doesn't have any plans.

"Yeah, not right now, no. We're not planning on it." BioWare producer Michael Gamble said. However, he did add that "If the Switch launches and everyone's just yammering for Mass Effect, who knows."

So there you go, Nintendo fans. Go out and buy a bunch of Switches and yammer for Mass Effect and you might just get it on the system! It's not a super great sign for the Switch, however, as Nintendo has always struggled with third-party support, and if too many take EA's "wait and see" approach, it may become a self-fulfilling prophecy of sorts.

In the rest of his interview with Stevivor, Gamble added that while Andromeda will have PS4 Pro support, there are no plans for additional Scorpio features right now.