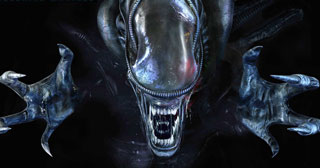 Ridley Scott is working on a VR tie-in for Alien: Covenant.

Alien: Isolation fans probably remember that back before the game launched, there was a VR version of part of the game shown off to the press, and it was terrifying. A full VR release of Isolation never materialized, but now it looks like we'll get an Alien VR experience after all, courtesy of Ridley Scott.

The next Alien movie, Alien: Covenant, is due out in May, and it will apparently have a VR tie-in. According to Variety, Fox Innovation Lab is working with Ridley Scott to create what it describes as "a dread-inducing journey into the depths of the Alien universe."

Fox Innovation Lab previously produced "The Martian VR Experience" that was shown at CES last year, and is now available on HTC Vive, Oculus Rift, and PlayStation VR. That hopefully means that the Alien VR experience will be available on all those platforms as well.

There's no release date for the Covenant tie-in just yet, but odds are we'll see it somewhere around the release of the movie on May 19.