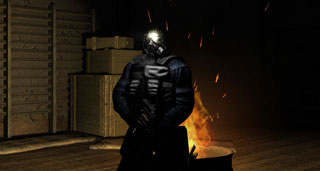 If you follow the PC modding scene, you're more than familiar with ModDB. Every year, the massive mod and file hosting site puts it to its users to vote for the best mods of the year. The 2016 vote had plenty of good contenders, but I was expecting the crown to end up in the hands of Enderal, the Skyrim mod that recently announced an expansion. It turns out that I would have been wrong.

The winner of that vote was STALKER: Call of Chernobyl, the similarly huge mod for STALKER: Call of Pripyat. Created by TeamEPIC, it's a free-play sandbox mod that adds 32 maps, a number of fixes, an overhaul to the game's AI, and enhancements to the game engine. It also includes a number of game modes you can try out, from Ironman to zombie survival. You can find out more about Call of Chernobyl on its ModDB page.

The other top ten winners in the Mod of the Year award were: