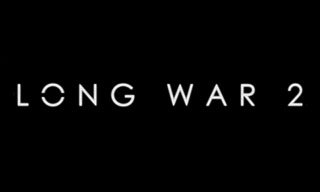 The team behind the most popular mod for XCOM: Enemy Unknown it bringing that mod's sequel to XCOM 2.

If you've been thinking that XCOM 2 was just too damn easy, we've got some good news for you. 2K Games announced today that Long War Studios, the team behind the Long War mod for XCOM: Enemy Unknown is now officially planning to bring Long War 2 to XCOM 2. The studio has also rebranded itself, and is now known as Pavonis Interactive.

If you didn't play Long War, it basically made Enemy Unknown a longer, more difficult game, and made you plan to utilize your entire roster of soldiers better. It added classes, armors, weapons, and more. At one point, XCOM lead designer Jake Solomon went so far as to say that "We're basically a 20-hour tutorial for Long War, and that's okay."

There's little in the way of actual details on the mod just yet, but a blog post from 2K promises that the company plans to share more info "in the coming weeks."

Are Games Losing My Interest, or Is it Just Me? Yahtzee Croshaw 108 Comments