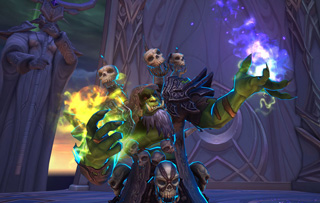 The newest raid for World of Warcraft: Legion has been announced, and it's set in Suramar.

The newest raid for World of Warcraft: Legion is called "The Nighthold." Found in Suramar, The Nighthold houses a font of arcane energy and 10 bosses, including the dreadlord Tichondrius and Gul'dan himself.

"The largest structure in the Broken Isles and among the grandest in all of Azeroth, the Nighthold stands as a testament to the achievements of the nightborne civilization. Centered around the Nightwell, the fount of arcane power that has sustained Suramar for centuries, these grounds were built as a haven from the worries of the world. But as a felstorm churns above the former temple of Elune across the bay, and Gul'dan himself now resides within the palace's walls, those worries now begin - not end - here."

As has been the case with recent raids, Blizzard plans to make the raid tiers available in phases. Here's the official schedule: