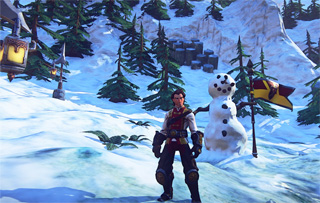 After a lengthy beta and seven months at retail, Everquest: Landmark is shutting down in February.

In March of last year, Daybreak Games announced that it was ending development on Everquest Next. The company issued a statement at the time saying that Landmark would be launching in the spring, and the the EQ Next cancellation wouldn't affect it. Now, just seven months after Landmark launched, Daybreak has announced it will shut down the voxel-based MMO next month.

The announcement was posted on the game's official blog, and lays out the plans for the next few weeks before the games goes dark. It reads in part,

"To the Landmark community,

With heavy hearts, we are writing today to inform you that after much review, we have decided to close Landmark game servers on February 21, 2017."

There will be a number of changes to how the game works for the last few weeks. You will no longer be able to list or purchase Player Studio items in the Landmark Marketplace. The game has also been removed from digital stores, and is no longer available for purchase. Any items left in the Marketplace with a Daybreak Cash price will have that price reduced to one Daybreak Cash.

The servers, social media channels, and forums for Landmark will close down permanently at 4:00 PM PT on Tuesday, February 21, 2017. If you have any questions about the shutdown, you can find the FAQ, and instruction son how to file a ticket for any unanswered questions, over on the Daybreak Blog.

It's hard to call this news surprising. Many people speculated after the cancellation of EQ Next that Landmark might not even launch. We'll have to wait and see what's next for Daybreak Games, but we do know that it will be serving as the global publisher for both Lord of the Rings Online and Dungeons and Dragons Online, both of which were handed off to new indie developer Standing Stone games by Turbine last month.