If you've always wanted to play all your Steam games with a controller, you'll soon be able to make that wish come true. 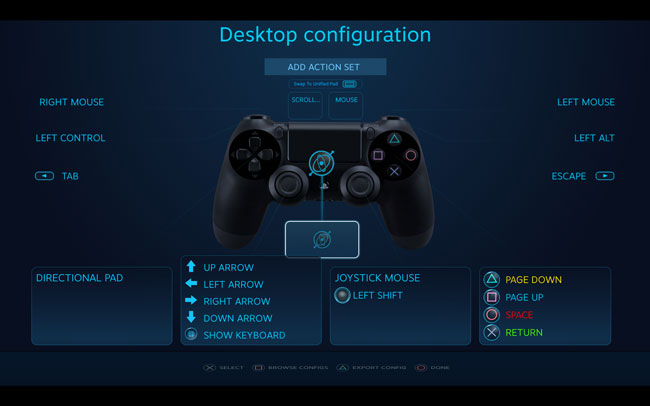 Similar to the DualShock 4 support that was added earlier this year (shown above), the next update will let you map keyboard and mouse controls to any Xbox 360, Xbox One, or other X-input controller. That means even games without controller support can be played with a controller. That doesn't mean the games will play well with a controller, but at least you have the option if you want it. The patch also adds support for some third party PS4 controllers, including some HORI, MadCatz, and Armor pads and fight sticks.

There's no release date for the update as yet, but if you want to check it out, all you need to do is opt into the client beta in your Steam settings menu. You can find all the info on this update, including full patch notes, over in the Steam Client Beta Community Group.