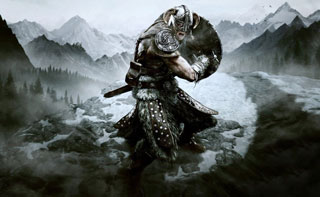 If you were hoping for more Elder Scrolls remasters, we have some bad news for you.

Ever since Bethesda released The Elder Scrolls V: Skyrim Special Edition, fans of the series have been hoping that we might see more. Perhaps a remaster of Morrowind or Oblivion could be in the works, they hoped. Unfortunately, it sounds like that won't be happening.

In an interview with Official Xbox Magazine UK (posted online by GamesRadar, Bethesda vice president Pete Hines explained why Dishonored and Skyrim got remasters, and why the rest of the Elder Scrolls games probably won't.

Hines said that Dishonored "was a unique case where it was a new IP at the very end of the last generation of consoles. So remastering it and bringing it to this gen wasn't a ton of work and it made a lot of sense given the proximity of those two.

But Hines went on to point out that Bethesda generally doesn't want to spend the amount of time that sort of remaster would entail on old content. "But these things take time, it takes effort and manpower. Generally speaking, our approach has usually been that instead of spending all this time on a thing we've already made, why don't we instead spend that effort on something new, or on the next version of that thing?"

Hines said back in December that the studio had moved on to other projects," but there's no word on what those projects might be just yet. It could be Elder Scrolls VI (although Hines said in June that TES 6 wasn't currently in development), or it could be something entirely new. We'll just have to wait and see what it turns out to be.