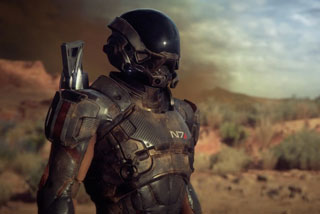 If you've wondered how much of Mass Effect: Andromeda's will be required, Bioware has an answer: None of it.

Speaking with Kotaku Australia, Bioware producer Mike Gamble explained how the single-player and multiplayer work together.

"There's a system that we use called the Strike Team system, and fundamentally it allows you to go between single-player and multiplayer within the game," Gamble explained. "And it's packaged around a meta-story of what's going on in Helios."

The multiplayer will feed into a meta-story, but that meta-story can be finished without participating in any multiplayer at all. Gamble said that while the transition from single-player to multiplayer is "pretty seamless," it isn't instantaneous. "I can tell you that there's a loading screen - it's not entirely seamless - but it won't require you to stop your game and restart in a different mode. Because narratively it's all connected, it makes a lot of sense."

There are a few other interesting bits in the conversation, including the news that Andromeda will ship with an unlocked frame rate and support for ultrawide screen (21:9) monitors. Also of interest was Gamble's comment on mods. While the game won't ship with mod support, Gamble did say that "as we see the reaction to these things those plans can change very quickly," indicating that the door may be open to mod support down the road.

We'll hopefully find out more about Andromeda in the coming weeks, as there's been little information shared up to now. Mass Effect: Andromeda is scheduled to launch on March 21, 2017 for PC, PS4, and Xbox One.