The Legend of Zelda: Breath of the Wild will launch on March 3, alongside the Nintendo Switch.

During Nintendo's Switch Presentation tonight, the company revealed that The Legend of Zelda: Breath of the Wild will be launching with the console on March 3. This follows earlier reports that the game had been delayed due to a localization issue.

Alongside the announcement was another extended look at the game, with a trailer that showcased more Zelda, more environments, more allies, and more enemies, along with quite a few finer details that I'll be analyzing until the wee hours of the morning.

I had a chance to go hands-on with the title (although that was on the Wii U) at E3 2016, and while my time with the game was limited, I was fairly impressed. You can read my impressions here.

Nintendo also shared images of The Legend of Zelda: Breath of the Wild's Master Edition, which features the game, a 24 song soundtrack, a Switch carrying case, a collector coin, a map of Hyrule, and a Master Sword statue. The Master Edition will cost $129.99. 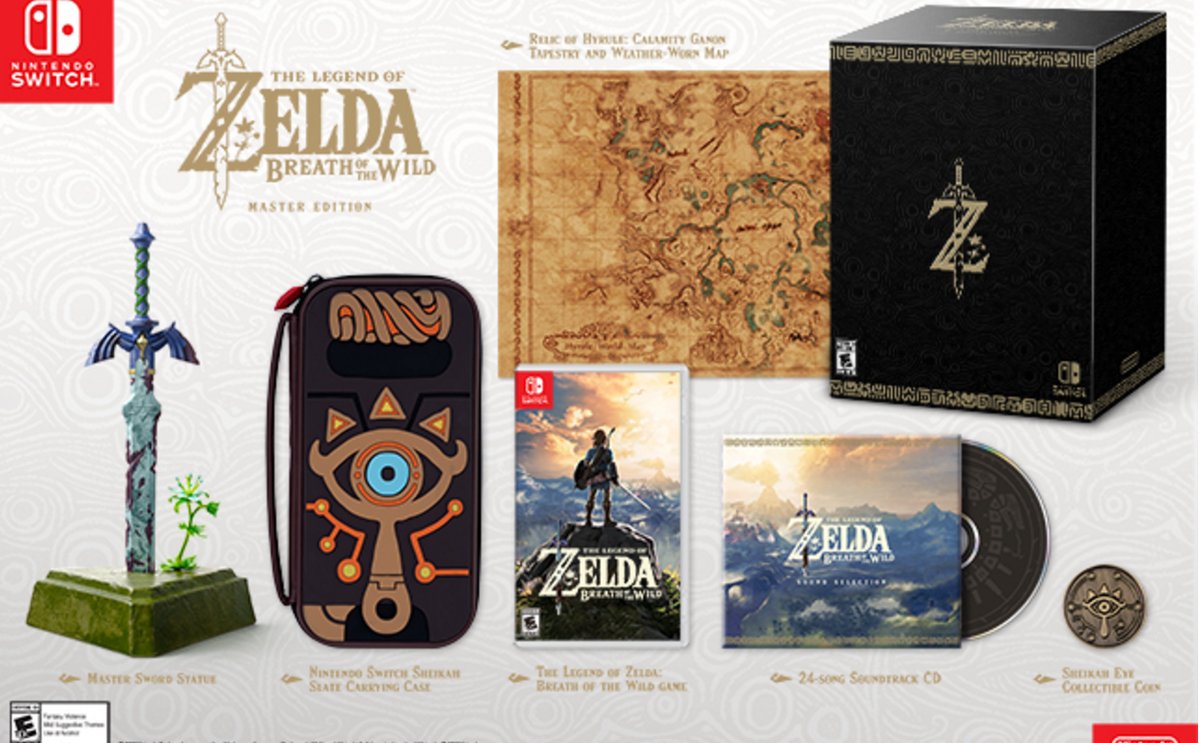