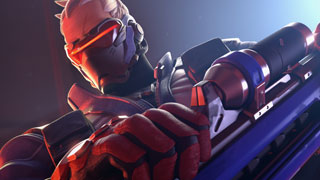 Blizzard's new shooter was the only game released in 2016 to crack the top five most-watched games list on Twitch last year.

Overwatch took the gaming world by storm in 2016, garnering a number of awards (including The Escapist's coveted Game of the Year award). It has spawned memes, videos, cosplay, and plenty of streams. So many in fact, that analytics group GitHyp ranked it among the top five games on Twitch in 2016.

The top five games on Twitch (ranked by average viewers per hour) in 2016 were:

The first four entries on that list are unchanged from 2015, but Overwatch moves into the top five. It's also interesting to note that Overwatch failed to crack the top 5 list for "Highest peak viewers," coming in sixth. In that list 2016's Battlefield 1 hit the top five instead.

You can see all the info, including where games like Gears of War and No Man's Sky finished up, over at GitHyp.