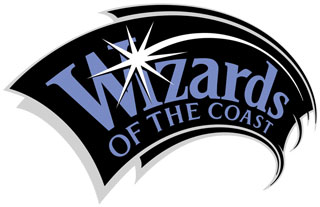 The company behind Dungeons & Dragons and Magic: the Gathering has a new digital game studio division.

If you've ever sat back and wondered why Wizards of the Coast doesn't do more with video games for its huge brands, you are not alone. I've often thought that there are huge opportunities being missed by the tabletop publisher. It looks like Wizards must have been thinking that too, if a new blog post from its president, Chris Cocks, is any indication. In that post, he announces that the company has formed a new "Digital Games Studio" headed by industry veteran Jeffrey Steefel.

Steefel's background includes a stint as Vice President of Programming and Production at Sony Online Entertainment, as well as serving as the Executive Producer of Turbine's Lord of the Rings Online. According to Cocks' post, the team Steefel now heads includes veterans from a number of popular studios, including Activision, Bioware, and others. It also includes the team responsible for Magic Online. The new Digital Games Studio is working on "reimagining" the digital versions of Magic and other Wizards games.

The blog post also announces that Wizards has hired David Schwartz, who has led projects at EA, THQ, and Microsoft, among others. Schwartz is said to be creating a publishing team at Wizards that will "explore partnerships and collaborations that will bring Magic and D&D to unexpected settings, genres, and platforms."

Obviously, there's no word on exactly what Wizards has in mind for its digital future, but "reimagining" Wizards games could mean new Magic and D&D titles at an absolute minimum. As Cocks writes, "What would it be like to throw fireballs as a Planeswalker in an MMO, or quest for treasure with your friends in a D&D augmented-reality game? We want to play games like this too."