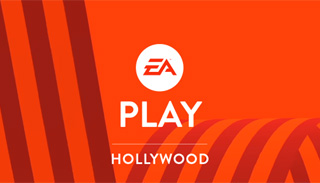 EA won't have a booth at E3 2017, but it will hold its EA Play event in a new location right before E3 opens.

Last year, EA decided to forego having a booth at E3, and instead hosted an off-site event called EA Play. Scheduled for the three days preceding E3, it was held just around the corner at Club Nokia. For E3 2017, EA is again planning to pass on the main show and hold its own event.

This year's installment is still titled EA Play, but instead of Club Nokia, it will take place at the Hollywood Palladium, roughly seven miles from the Los Angeles Convention Center, from June 10 - 12. The official description of the event reads,

"Those that can attend in Hollywood will experience hands-on gameplay, live entertainment and much more. For anyone joining digitally around the world, EA PLAY will feature livestreams, deeper looks into EA's upcoming games and experiences, and content from some of the best creators in the community. For players, content creators, media, industry partners and more, EA PLAY 2017 will deliver a network of experiences to celebrate a world of play."

As with last year's event, you can attend if you're in Hollywood, or you can watch from home. If you're interested in being notified when more information becomes available, you can sign up for email updates over on the EA Play website.