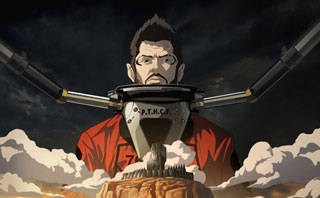 Get a glimpse of what Adam Jensen was up to between Deus Ex: Human Revolution and Deus Ex: Mankind Divided in a new story DLC.

Square Enix has announced that a second story DLC for Deus Ex: Mankind Divided will be released in February. The game's first story DLC, System Rift, was released back in September. The new DLC is titled A Criminal Past, and it is set in the time between Human Revolution and Mankind Divided.

The new DLC takes players back to Adam Jensen's first mission as part of TF29. He's sent into a high security prison for augmented people, where he'll have to pose as an inmate to "track down and retrieve sensitive information from a fellow undercover agent who has gone dark."

The A Criminal Past DLC will release on February 23. There's no official word on how much the DLC will cost, but the previous DLC was $11.99, so that's probably a good guidepost. If you own the Mankind Divided Season Pass, the new DLC is included.