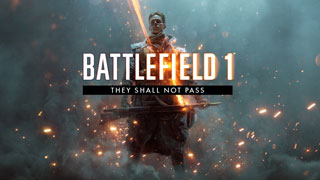 EA has announced just what will be included in They Shall Not Pass, the first expansion for Battlefield 1.

This March, Battlefield 1 will get its first expansion. Titled They Shall not Pass, the biggest addition it brings to the game is the French army. But that's not all the expansion has in store for players. Today, EA has detailed just what we can expect when it goes live.

First up is a new game mode, Frontlines. Described as a mix of Conquest and Rush, it will have players fighting over one flag at a time, and once that's captured, the action moves to the next control point. Once you capture the enemy's HQ, the game turns into a "Rush-style section where telegraph posts need to be attacked or defended."

Next are two new tanks. The French Char 2C tank is a super-heavy tank that EA says "may turn the tide of the entire battle." The other armored vehicle the French are bringing is the St. Chamond, which is officially described as the "most heavily armed allied tank of the war."

You can also expect four new maps in the expansion. Here's the list, with descriptions:

Other additions include the new Trench Raider Elite Class, armed with a "brutal Raider Club and impressive grenade arsenal," and the new Siege Howitzer that can be fired by any infantry player.

You can find more information on the new expansion over on the official Battlefield 1 site.