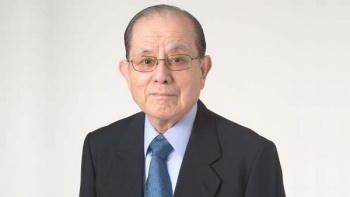 Masaya Nakamura, who founded NAMCO back in the 1980s, has passed away aged 91.

Masaya Nakamura, the founder of NAMCO and the "father of Pac-Man" has passed away. Nakamura was often regarded as the man responsible for the "golden age" of arcade games back in the 80s, and turned NAMCO into the giant it is today. He was 91 years old according to a statement from the company.

NAMCO has a humble begining, starting off as simply the Nakamura Manufacturing company in 1955, Nakamura decided to focus on the burgeoning industry of arcade machines, and with the aqcuisition of Atari's Japanese subsidiary changed its name to Nakamura Amusement Machine Manufacturing Company - NAMCO - in the 1970s.

Namco launched Galaxian in 1979. It was the first video game to use multicolor sprites and saw moderate success, but the company only really hit it big in 1980 when it released Pac-Man. Pac-Man is to this day a global phenomenon, and the face of video games for many a gamer.

Namco followed Pac-Man with an even bigger sequel, Ms. Pac-Man in 1981, then Galaga, which is regarded as one of the best arcade shooters ever released.

Though NAMCO hasn't done much of late in recent years, its influence on the video game industry is unquestionable.