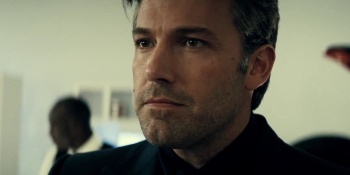 Affleck will not direct The Batman, but will continue to play the caped crusader.

The DC Extended Universe continues to have production struggles as its filmmakers tries to figure out a way to please both audiences and critics. As soon as it was announced that Ben Affleck would be playing Batman in the new movies, it was assumed that he was also being brought in to direct the inevitable standalone Batman movie. This was, eventually, confirmed. However, as Variety first reported, he is now out of the director's chair for the movie.

Ben Affleck issued a statement on the matter:

Performing this role demands focus, passion and the very best performance I can give. It has become clear that I cannot do both jobs to the level they require. Together with the studio, I have decided to find a partner in a director who will collaborate with me on this massive film. I am still in this, and we are making it, but we are currently looking for a director. I remain extremely committed to this project, and look forward to bringing this to life for fans around the world.

Warner Bros. fully supports Ben Affleck's decision and remains committed to working with him to bring a standalone Batman picture to life.

One has to wonder if the financial failure of Affleck's Live By Night had any influence on this decision, as it's reportedly going to lose Warner Bros. approximately $75 million.

No new director has been announced at this time.

The next time we'll see Affleck playing Batman will be in Justice League, which is scheduled to be released on November 17, 2017.