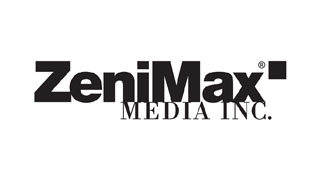 The jury determined that Oculus did not misappropriate trade secrets, but that co-founder Palmer Luckey violated a non-disclosure agreement.

Update: ZeniMax has responded with a comment on the case, which can be viewed, in full, at the end of this article.

Original: Jurors in a Dallas federal court have awarded $500 million to ZeniMax Media in its case over the Oculus rift, in which ZeniMax was seeking $6 billion in damages - $2 billion in actual damages and $4 billion in punitive damages. In the suit, filed in 2014, ZeniMax alleged that Oculus and its co-founder, Palmer Luckey, illegally obtained virtual reality trade secrets, claiming that it was responsible for developing the technology behind the Oculus VR headset.

When reached for comment, a spokesperson stated that Oculus will be appealing the decision.

"The heart of this case was about whether Oculus stole ZeniMax's trade secrets, and the jury found decisively in our favor. We're obviously disappointed by a few other aspects of today's verdict, but we are undeterred," an Oculus spokesperson told The Escapist. "Oculus products are built with Oculus technology. Our commitment to the long-term success of VR remains the same, and the entire team will continue the work they've done since day one - developing VR technology that will transform the way people interact and communicate. We look forward to filing our appeal and eventually putting this litigation behind us."

ZeniMax, when reached for comment, sent the following statement:

We are pleased that the jury in our case in the U.S. District Court in Dallas has awarded ZeniMax $500,000,000 for Defendants' unlawful infringement of our copyrights and trademarks, and for the violation of our non-disclosure agreement with Oculus pursuant to which we shared breakthrough VR technology that we had developed and that we exclusively own. In addition, the jury upheld our complaint regarding the theft by John Carmack of RAGE source code and thousands of electronic files on a USB storage device which contained ZeniMax VR technology. While we regret we had to litigate in order to vindicate our rights, it was necessary to take a stand against companies that engage in illegal activity in their desire to get control of new, valuable technology.

Asked to comment on the decision, Robert Altman, ZeniMax's Chairman and CEO, said: "Technology is the foundation of our business and we consider the theft of our intellectual property to be a serious matter. We appreciate the jury's finding against the defendants, and the award of half a billion dollars in damages for those serious violations."

The liability of Defendants was established by uncontradicted evidence presented by ZeniMax, including (i) the breakthrough in VR technology occurred in March 2012 at id Software through the research efforts of our former employee John Carmack (work that ZeniMax owns) before we ever had contact with the other defendants; (ii) we shared this VR technology with the defendants under a non-disclosure agreement that expressly stated all the technology was owned by ZeniMax; (iii) the four founders of Oculus had no expertise or even backgrounds in VR-other than Palmer Luckey who could not code the software that was the key to solving the issues of VR; (iv) there was a documented stream of computer code and other technical assistance flowing from ZeniMax to Oculus over the next 6 months; (v) Oculus in writing acknowledged getting critical source code from ZeniMax; (vi) Carmack intentionally destroyed data on his computer after he got notice of this litigation and right after he researched on Google how to wipe a hard drive-and data on other Oculus computers and USB storage devices were similarly deleted (as determined by a court-appointed, independent expert in computer forensics); (vii) when he quit id Software, Carmack admitted he secretly downloaded and stole over 10,000 documents from ZeniMax on a USB storage device, as well as the entire source code to RAGE and the id tech® 5 engine -which Carmack uploaded to his Oculus computer; (viii) Carmack filed an affidavit which the court's expert said was false in denying the destruction of evidence; and (ix) Facebook's lawyers made representations to the court about those same Oculus computers which the court's expert said were inaccurate. Oculus' response in this case that it didn't use any code or other assistance it received from ZeniMax was not credible, and is contradicted by the testimony of Oculus programmers (who admitted cutting and pasting ZeniMax code into the Oculus SDK), as well as by expert testimony.

We will consider what further steps we need to take to ensure there will be no ongoing use of our misappropriated technology, including by seeking an injunction to restrain Oculus and Facebook from their ongoing use of computer code that the jury found infringed ZeniMax's copyrights.