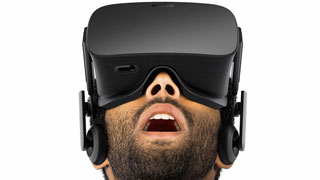 After winning a $500 million award from the jury in its lawsuit against Oculus, Zenimax says it may seek an injunction to temporarily halt sales of the VR headset.

Yesterday, a ruling was handed down in the long-running lawsuit filed by Zenimax against Oculus. The jury in that case awarded Zenimax a $500 million judgment for Oculus' infringing of copyright and trademarks, as well as for violating a non-disclosure agreement.

After the verdict, Zenimax provided a statement, which can be read in full in our previous article on the verdict. Within that statement was a paragraph worth noting.

"We will consider what further steps we need to take to ensure there will be no ongoing use of our misappropriated technology, including by seeking an injunction to restrain Oculus and Facebook from their ongoing use of computer code that the jury found infringed ZeniMax's copyrights."

Such an injunction would likely halt the sale of the Oculus Rift headset until such time as the company could demonstrate that it was no longer using the infringing code. Obviously, there's no guarantee that the court would grant such an injunction, but if it were to do so, it could be a serious blow to Oculus. It's also possible that an injunction could halt sales of the Samsung Gear VR as well, as it uses Oculus tech.

Zenimax has not filed for an injunction yet, but the mere mention of the fact that it might indicates that the $500 million judgment may not be the end of Oculus' worries. Of course, there's still a chance that the case could change dramatically on appeal, and an Oculus spokesperson has already told us that they plan to do just that.