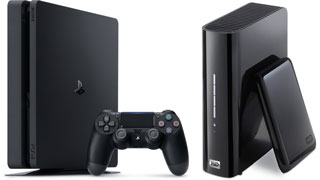 The next PS4 update will bring a long awaited feature: support for external hard drives.

Sony has supported upgrading your PS4's hard drive since launch, but it's never allowed you to use an external hard drive on your console. That's been a sticking point for some, who would like to increase their storage without pulling their hard drive. Well, those complaints will be put to rest soon, as Sony is adding support for external storage in the next PS4 update.

The next update, version 4.50, enters beta today. It adds support for USB 3.0 external hard drives up to 8 TB in size. Applications can be downloaded and installed directly to those drives, and their contents can be managed through the PS4's menu.

Also in this update will be support for custom screenshots. You'll be able to set your favorite in-game screenshot as your background, and you can edit those screenshots in photo mode to make them look exactly how you want.

Other features includes additional improvements to the quick menu that pops up after a long press of the PS button, a simplified notification list, the ability to post directly to PSN activity feeds, and support for 3D Blu-Rays in PlayStation VR.

Sony's official post on the update says that there will be more features announced "in the weeks to come." There's no word on when this update may roll out to all PS4 owners, but past timing would suggest we'll see it in the next couple of months.