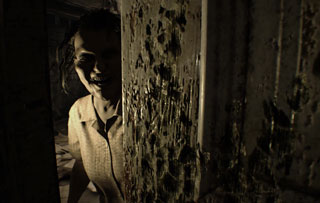 Capcom explains why you can't raise the field of view above 90 in Resident Evil 7, and dashes hopes for ultrawide monitor support.

If you've been trying to widen the field of view in Resident Evil 7 past 90 but couldn't figure out how to do it, we've got some bad news for you. Capcom has told PC Gamer that 90 is the FOV cap. The news comes after the website tried multiple ways, including editing a value called "FOV HackEnable" and having no luck.

Capcom says that the FOV was capped at 90 as a "game design decision." The company's official statement said, "The dev team explored potentially going wider after seeing feedback from the demo, but going wider introduces issues where certain objects, textures, etc. are then not fully rendered out for performance considerations. It will also have performance implications since going wider will introduce more objects into the scenery. Having too much peripheral vision for this type of game can also lessen the tension and atmosphere intended for the game."

Turns out that the setting PC Gamer found is something that was put in during development and never finished, so turning it on just causes the game to crash.

There's also some other disappointing news here. If you were hoping that you'd get support for your ultrawide monitor setup, Capcom has shot those hopes down as well. The company told PC Gamer, "There are currently no plans to support wide aspect ratio monitors."

If you want to know what's great about Resident Evil 7, you should check out our review, where Senior Editor Liz Finnegan said it was "everything the series should have been up to this point."