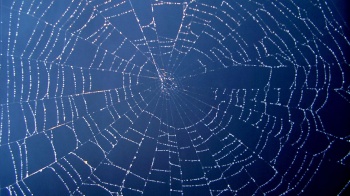 The Anonymous-linked hacker claims he has brought down one fifth of the entire "Dark Web".

If you've never heard of the "Dark Web" - a secret encrypted network that exists between Tor servers and their clients - it's probably for the best. A hotbed of illegal activity, including drug deals, assassins for hire, and child pornography, it really highlights the lows of humanity. Well today, it's gotten a little bit smaller, as an Anonymous-linked hacker speaking to Motherboard claims to have brought down about 10,000 sites, or about a fifth of the total service.

Reportedly, the attack wasn't difficult. The hacker only needed to have control over a site (new or existing) to get started. After that, it was mostly a matter of modifying a configuration file, triggering a password reset and getting root access.

The hacker said he plans to hand over all the data he obtained from the hosting service to a security researcher who will hand it over to the proper authorities.