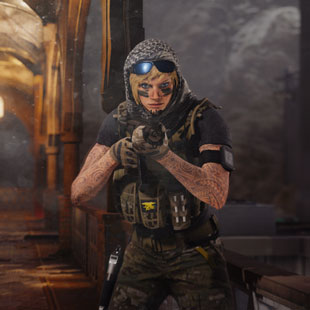 Creative director Xavier Marquis says that instead of new game modes, Rainbow Six Siege will be adding many new operators.

Going off the announcement that Rainbow Six Siege's new maps and game modes will be free, fans have been eagerly awaiting said new game modes. But in an interview with PC Gamer, Creative director Xavier Marquis says that the team has moved away from that, and is instead working on releasing new maps and operators.

Brand director Alexandre Remy explained: "We concluded that there are some foundations to Siege that we want to keep: attack versus defense, destruction, operators, and [only having] one life. That is the DNA of the game, so when you look at what game modes would sufficiently refresh the experience but remain faithful to those rules, there's not that many. Siege is its own game mode."

In the coming year, Remy says that eight new operators, and four new maps, will be added to the game. The maps will of course be free, but the operators will be paid DLC. But he's not just stopping there, as he hopes the game will see at least 50 operators total in the coming years, with aspirations for up to 100.

As for keeping those hundred operators unique? "That was one of the questions that was asked by management here, weren't we going to be doing the same operators over and over again?" Remy said. "But the idea is that you actually want enough operators so that each pick you have a choice. Thermite for a long time was not a choice, everyone had to pick him in a team because he was the only one who could breach into a reinforced wall. Introducing Hibana, all of a sudden the player could perform that task with a choice. At that moment every choice is tough choice for the player and not an obvious one. To come to that moment, you need a minimum of 50. When we have 50, that'll be when the game is at its peak in terms of strategy."

He drew a comparison to MOBAS such as League of Legends or DoTA 2 which have up to 100 characters and still work.