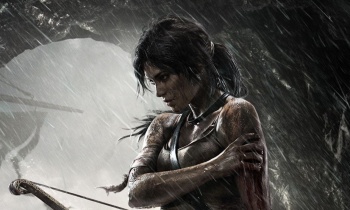 The next attempt at adapting Tomb Raider to the big screen has begun filming.

In case you haven't heard, Hollywood is doing another Tomb Raider movie. The long-running game series got two feature-length movies in the early 2000s starring Angelina Jolie: 2001's Lara Croft: Tomb Raider, and 2003's Lara Croft Tomb Raider: The Cradle of Life. The first film made a decent amount of money, but the second one failed to do the same, effectively killing the movie franchise. Since then, the video game series underwent a reboot, which took the series in a slightly different direction and has generally gotten a good reception from both fans and critics.

None of these in any way indicate whether or not the new Tomb Raider movie will be good, but if nothing else they should give you an idea of how Vikander looks in the role. Personally, I think she looks perfect for it. Of course, we still haven't gotten a better-than-okay video game movie, so Tomb Raider might have to break new ground in order to be well-received.

Are you guys excited to see Lara Croft back on the big screen?