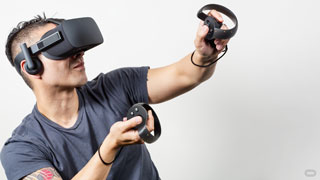 Oculus and Best Buy are closing down roughly 200 Oculus VR demo stations due to "store performance."

Oculus spokeswoman Andrea Schubert did confirm the closings, but she characterized them as "seasonal changes." Her full statement said,

We still believe the best way to learn about VR is through a live demo. We're going to find opportunities to do regular events and pop ups in retail locations and local communities throughout the year."

While that may be the case, Best Buy employees told Business Insider that it was not uncommon for them to go days without anyone coming in for a demo. An internal memo sent by a third-party contractor classified the closings as happening because of "store performance."

One anonymous Texas Best Buy worker is quoted as saying, "There'd be some days where I wouldn't give a demo at all because people didn't want to."

Best Buy will continue to sell the Oculus Rift in stores that are losing their demo stations. In other news, the company recently lost a $500 million judgment in a suit filed against it by Zenimax.