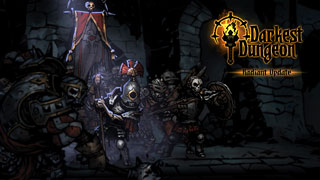 Red Hook Studios has rolled out the Radiant Update for Darkest Dungeon, adding a shorter game mode and more.

Red Hook Studios announced back in December that it was planning to release a new update that would shorten the time required to complete the game. Yesterday, the Radiant Update was released, allowing players to delve into the Darkest Dungeon without investing as much time into the game.

This update doesn't lessen the difficulty of the game; permadeath rules are the same, and monsters have all the same stats. Instead, Red Hook says, "some gameplay rules have been flexed or altered in ways that reduce some of the more time consuming mid and late game elements."

For example, Radiant mode will allow the Stage Coach to be upgraded to allow the appearance of level 4 recruits. Heroes of up to level 4 will be able to enter Novice dungeons, and any hero can enter Veteran or Champion dungeons. These changes, along with accelerated hero experience gains, will allow for more flexibility in powerleveling characters.

Also as part of this patch, the new game+ mode has been renamed to Stygian mode, and can now be selected when starting a new campaign. As you'd imagine, that mode brings more stress, higher penalties for darkness, and more enemy hit points. Yes, everything is trying to kill you even harder. The time limit in this mode is also reduced to 86 weeks, and the hero death limit is dropped to 12.

The patch adds four new monsters, a new trinket recovery quest, and more. You can find all the changes and detailed patch notes over in this post on the game's Steam Community page.